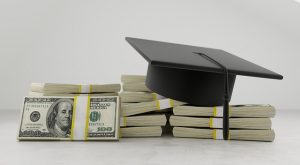 Still, the federal government, through the Education Department, is trying to find ways to make debt forgiveness possible, even for those working in the public service sector.

What Exactly is the The Public Service Loan Forgiveness Program

The Public Service Loan Forgiveness program, is a scheme where workers like public attorneys/defenders, teachers and other government service providers, opt to render public service for at least 10 years. While they will still make student loan payments during the decade, they will also forego all chances of working for high salaries in private corporations. That way, at the end of the 10 years of public service, the federal government will forgive whatever amount remains as the balance of their outstanding student loan debt. Moreover, they are no longer bound by any restrictions that prevent them from applying or accepting high-paying jobs in private corporations.

Actually, the said loan forgiveness program has been accessible for years, but not many chose it as a career path option. Many considered the rules as too complex, as far as qualifications and eligibility in availing the program were concerned.

When Education Secretary Miguel Cardona assumed office last year, he was surprised to learn that only around 7,000 public service workers benefited from the program. In order to encourage more public sector workers to access the Public Service Loan Forgiveness program, the EdDep made changes to the rules. The changes were temporary and had expired last October 31. However, the federal government has extended the expiration deadline of the changes to July 05, 2023. Moreover, the Biden Administration plans to make the temporary changes in the Public Service Loan Forgiveness program, permanent in nature.